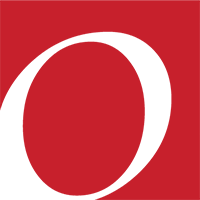 Overstock.com is an online retailer that sells a wide range of goods. At its origins, it was a platform for selling the surplus of electronic goods or those which had been returned, but it then started to offer new products, which have attracted more of the public. The platform was founded in 1999 by Patrick Byrne, who is the current CEO of the company. The company is headquartered in the USA. In 2014, it became the first major retailer to start accepting Bitcoin as a form of payment. By 2017, the company had launched the Medici Ventures department, specializing on blockchain and its technologies, while also entering into a partnership with an exchange platform so that they can allow their customers purchase items with over 40 other kinds of virtual currencies. Overstock donates 4% of its Bitcoin revenue to various foundations involved in advocating for the use of cryptocurrency.
Editörün seçtikleri
Cointelegraph YouTube Abone Ol
Reklam