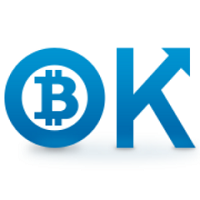 OKCoin is a large Chinese exchange platform which works mainly using two currency pairs BTC/CNY and LTC/CNY. Initially, only Bitcoin was available on the platform, but now OKCoin works with other popular virtual currencies. The withdrawal of USD became available in 2014. The company was founded in 2011 by Xu Mingxing. At the beginning, the platform was available to operate only in China but the decision to spread OKCoin beyond Asia was made in order to support the Bitcoin community. However, the company has no intention of getting a license in the US. The main difficulty of working with OKCoin is the need for registration using a personal number which only Chinese citizens have. In terms of OKCoin’s price for making operations there is no fee for doing transactions in CNY except for a 0.1% commission for withdrawals.
Editörün seçtikleri
Cointelegraph YouTube Abone Ol
Reklam