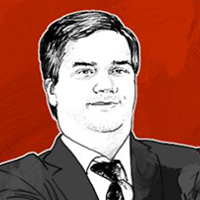 Mark Karpeles is the former CEO of Mt.Gox – a company that performed Bitcoin exchanges and processed over 70% of Bitcoin transactions before its collapse in 2014. Karpeles was born in France in 1985. In 2003, he worked at Linux Cyberjoueurs and administered its network alongside software development. Mark Karpeles was a founding member of the Bitcoin Foundation. He started Mt.Gox in 2010 in Tokyo, Japan. In 2014, Mt.Gox filed for bankruptcy in Japan and the United States. The reasons of Mt.Gox collapse still remain unknown. Mark Karpeles’ net worth is estimated to be around $2 billion in Bitcoin after all the bankruptcy proceeding concludes. Karpeles was arrested by Japanese police on suspicion of changing data in the exchange’s computer system to falsify the information about its balance. He was also accused of being a Silk Road creator by Ross Ulbricht’s lawyers, but was not charged for it as Ulbricht has already been found guilty.
Editörün seçtikleri
Cointelegraph YouTube Abone Ol
Reklam